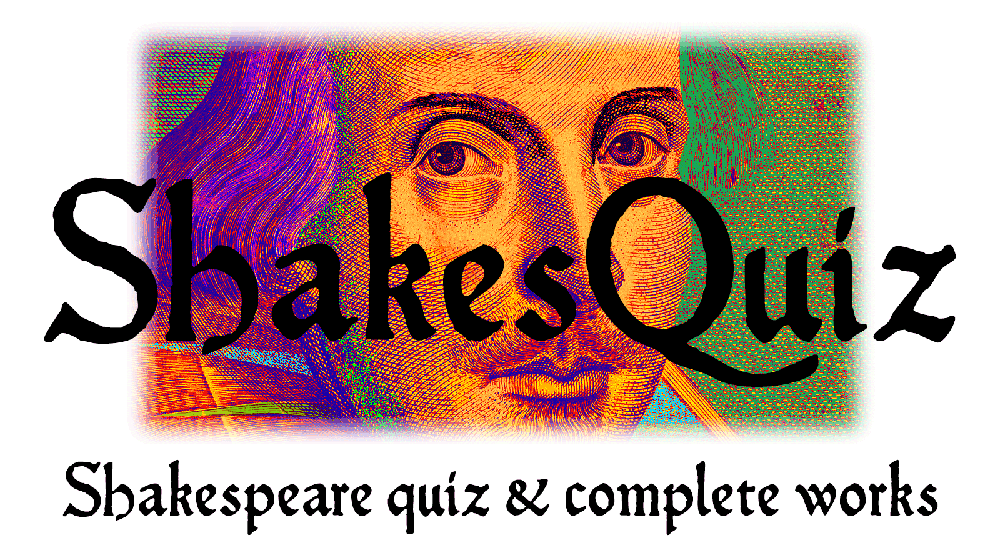 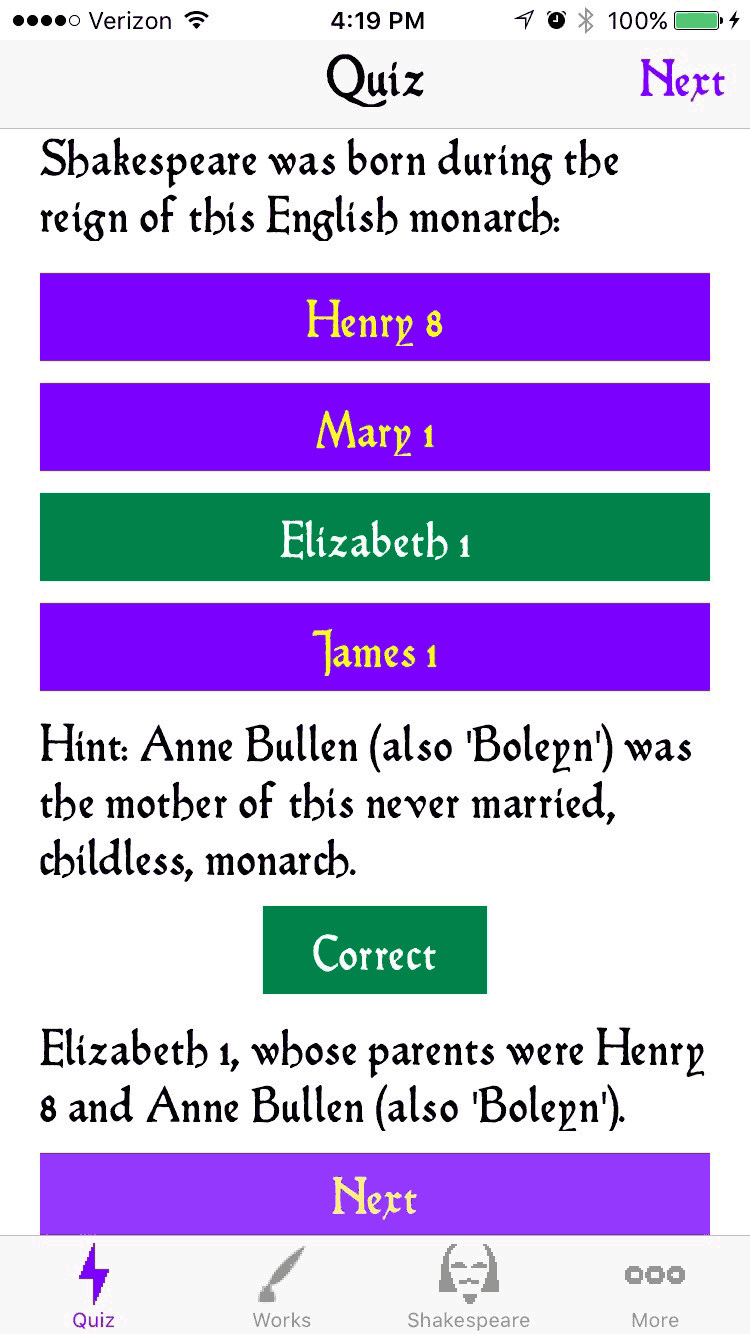 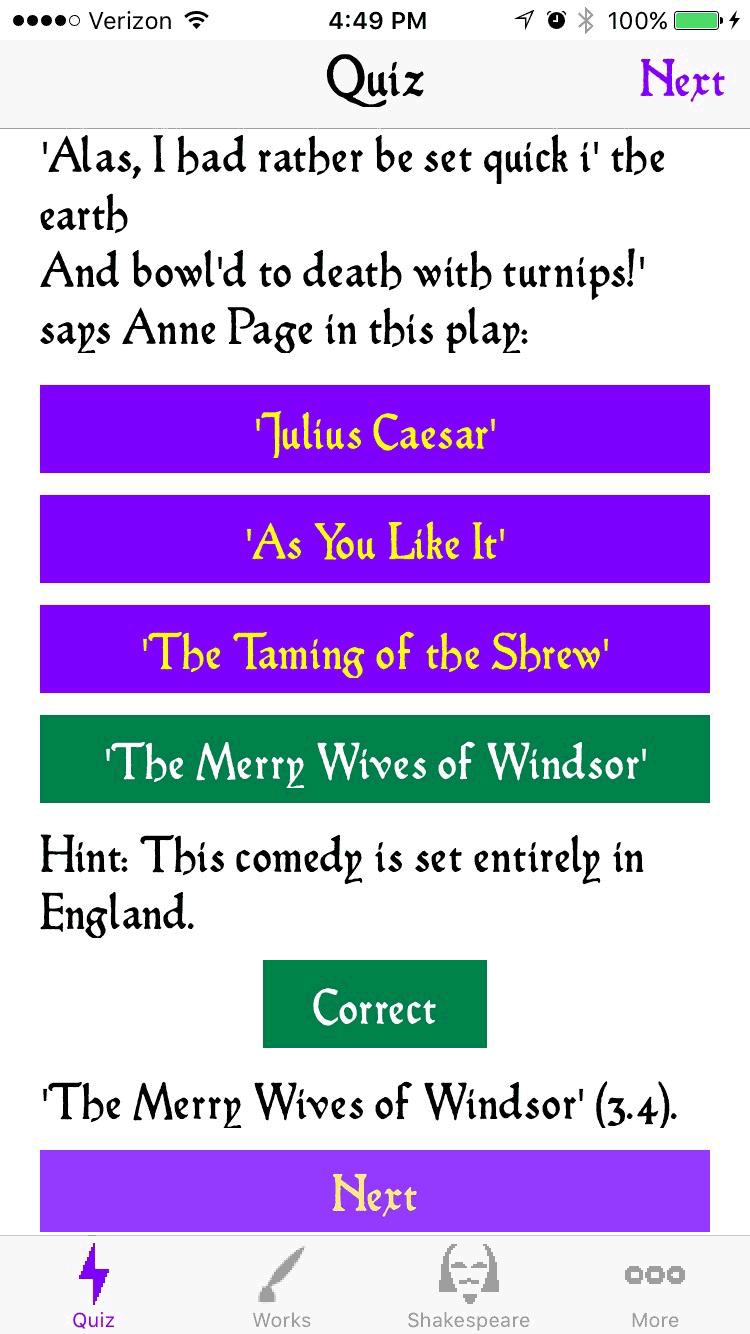 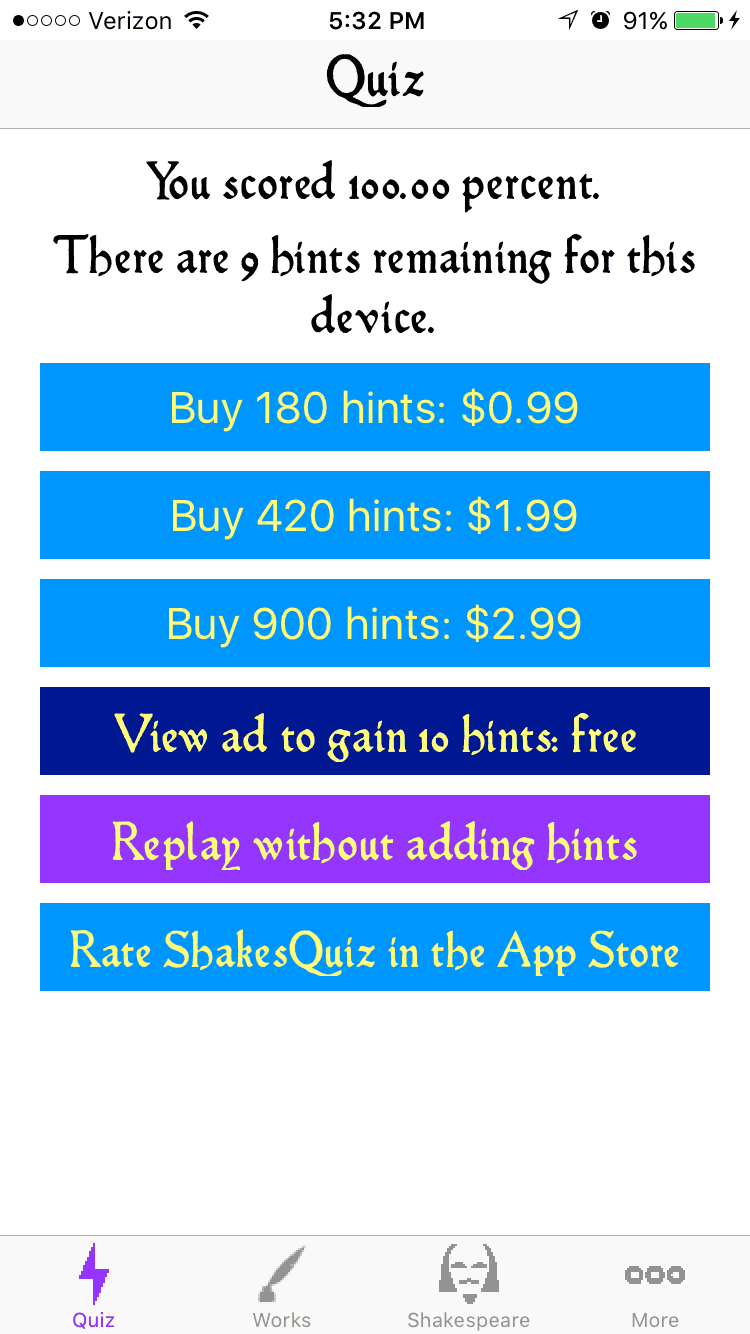 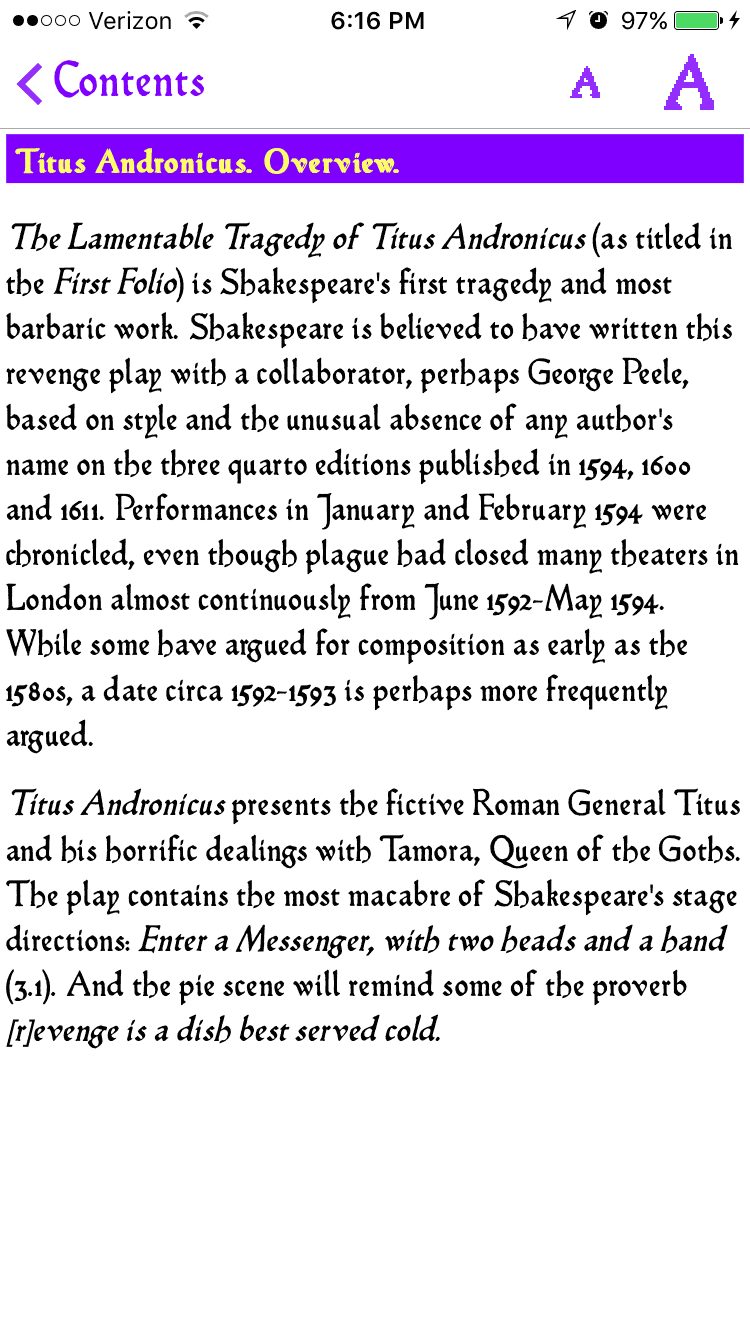 ShakesQuiz: Shakespeare quiz & complete works presents (1) a highly challenging quiz on all things Shakespearean - the Bard's works, life, era and legacy - and (2) the complete texts of the plays, sonnets and other poems by the poet and playwright widely acclaimed as the greatest writer in the English language.

Don't be dismayed by the difficulty of many of the questions: ShakesQuiz provides a hint for each. Sometimes the hint nearly gives away the answer; sometimes the hint helps eliminate one or two answer choices; and sometimes players may find the hint itself puzzling until they make an interesting connection or have a now-I-get-it or an aha! moment. But we think players will recognize that despite a low score they might have learned quite a lot. (We plan to introduce question difficulty levels for future releases.) Players receive an initial allotment of hints and can replenish them via an inexpensive in-app purchase or by viewing a brief ad. We've tried hard to keep all of this app inexpensive or free of financial cost to make it entirely accessible to everyone.

Not all "complete works" of Shakespeare are the same. We've included the 18-line poem To the Queen (or To the Queen by the Players) discovered in a notebook in 1972, though its attribution to Shakespeare may not have reached a consensus. And we've included the play Sir Thomas More for which, though others first wrote it, Shakespeare was among several revisers and his three pages of revisions provide, apart from signatures on legal documents, the only known extant sample of his handwriting. And you will also find two collaborations by Shakespeare, Pericles, Prince of Tyre and The Two Noble Kinsmen which, though there are several other works Shakespeare co-wrote commonly included in his "complete works," did not gain acceptance into the Shakespearean canon until the 20th century. Accompanying each work is our own overview and, to introduce the characters for each play, a dramatis personae.

Here are the included works:

Shakespeare's other poems:
A Lover's Complaint
The Passionate Pilgrim
The Phoenix & the Turtle
The Rape of Lucrece
To the Queen
Venus & Adonis